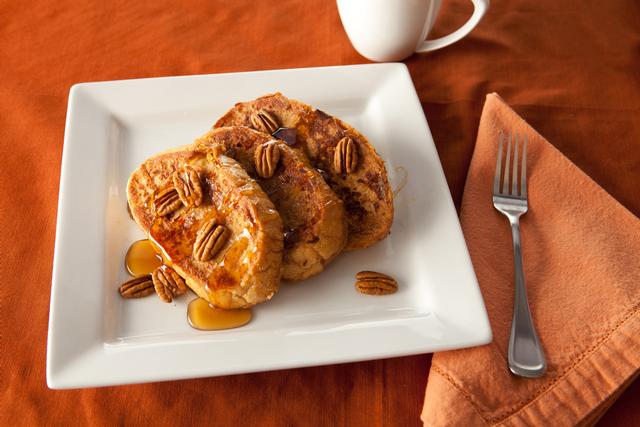 Preheat a non-stick skillet set over medium heat. In a mixing bowl whisk together Cheeseball Mix (Topping used later), eggs and milk until well combined. Pour into a shallow dish. Butter skillet and dip bread into egg mixture (allowing a few seconds for it to absorb mixture), then rotate and coat opposite side. Transfer to skillet and cook until golden brown on bottom then flip french toast to opposite side and cook until golden brown. Serve warm with butter, maple syrup and sprinkle with Topping packet!

Mobile version: Enabled
Back to top

Use the search box to find the product you are looking for.